For the new Adidas Football campaign, Atttd commissioned me to develop a visual identity based on a classic collage style. Digital designs with a physical touch. Based on this project, I developed four further visual concepts - in static and in motion. 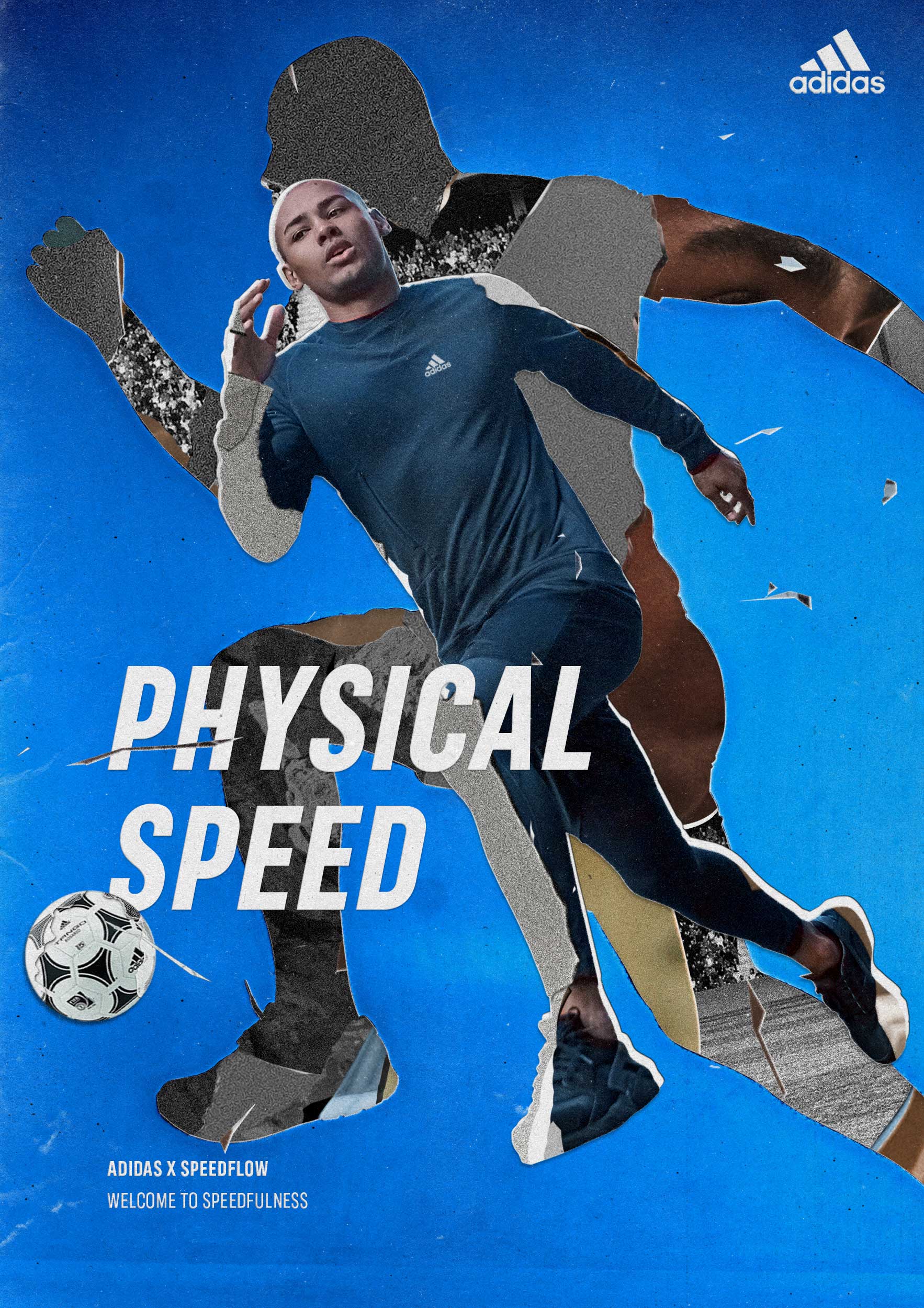 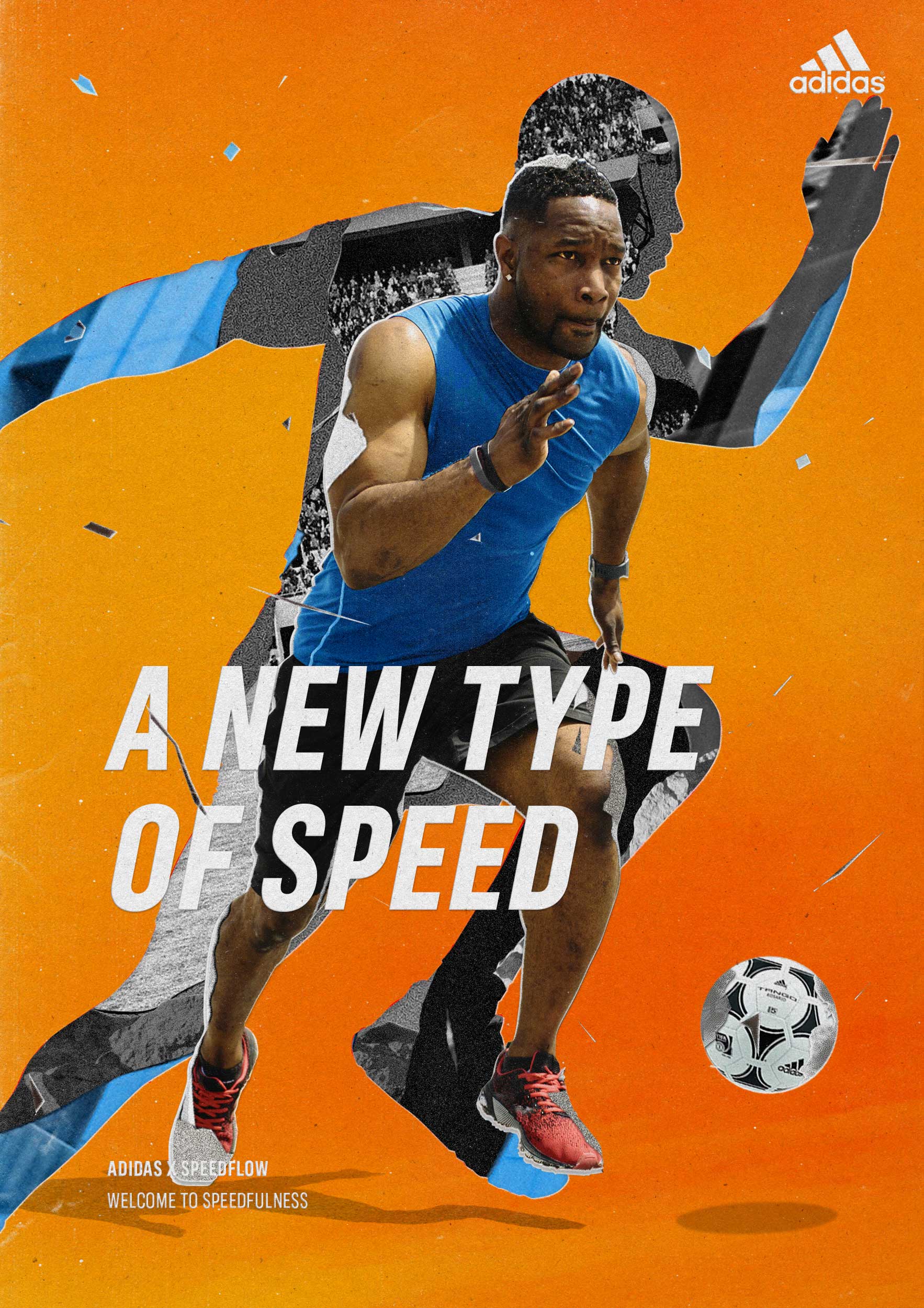 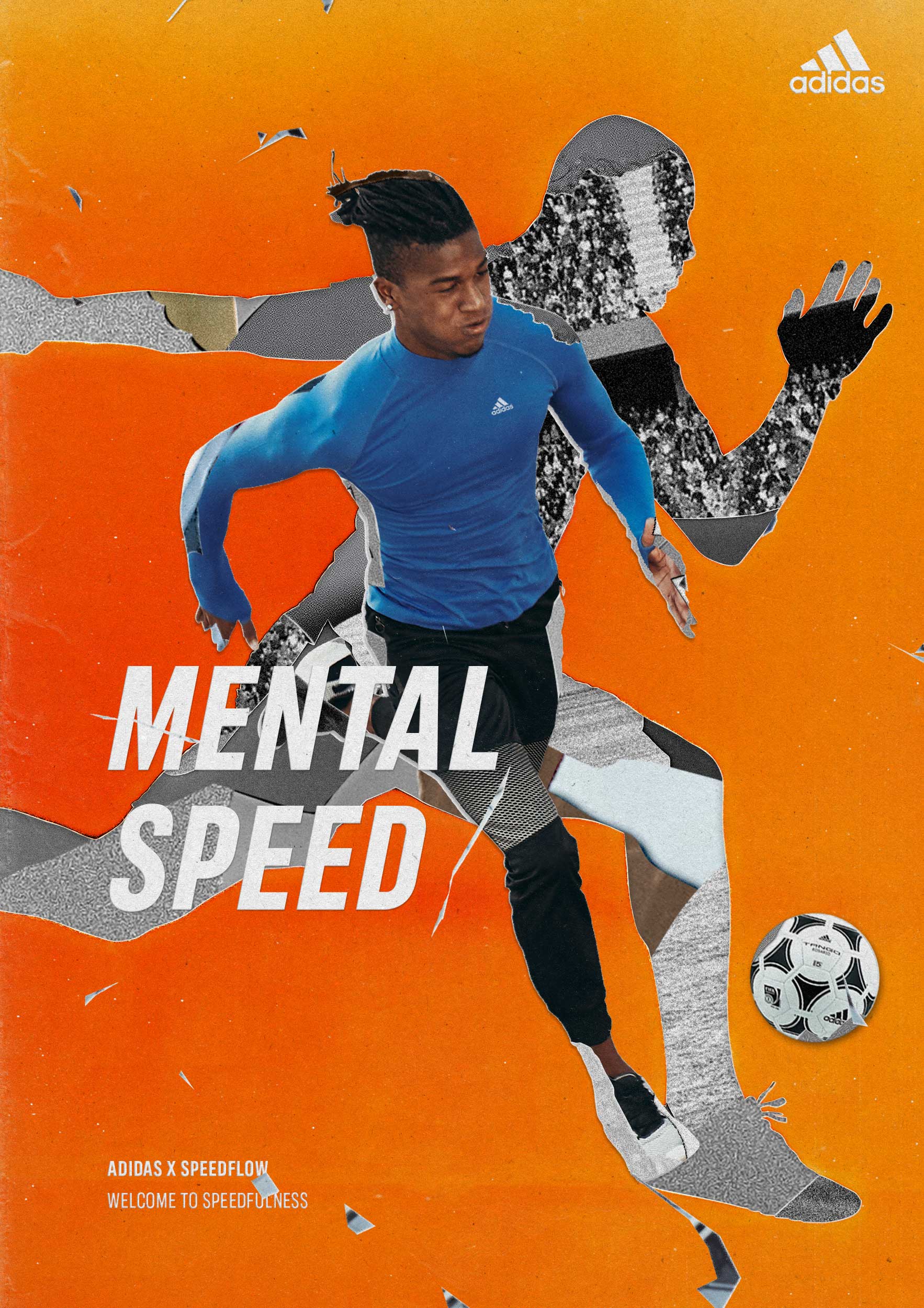 The first approach focuses on the football player himself and his speed (physical and mental) and adds another layer, the stencil, to the collage in the background. This stencil can be used for further content in both static and moving images and thus serves as a general framework for the campaign. Based on the key visuals, I developed and animated a large number of short clips for use in stores and on social media. In the end, almost 100 different clips were produced, which can be arranged again and again through a system.

This approach is inspired by the golden age of Arcade games and by concert flyers of the 80s punk scene. These flyers got their design by copying different contents several times, which resulted in characteristic mistakes. The colours were often limited to black and white or only used the colour of the paper. In this approach, Adidas' "Speedflow" was integrated as a colour accent instead. 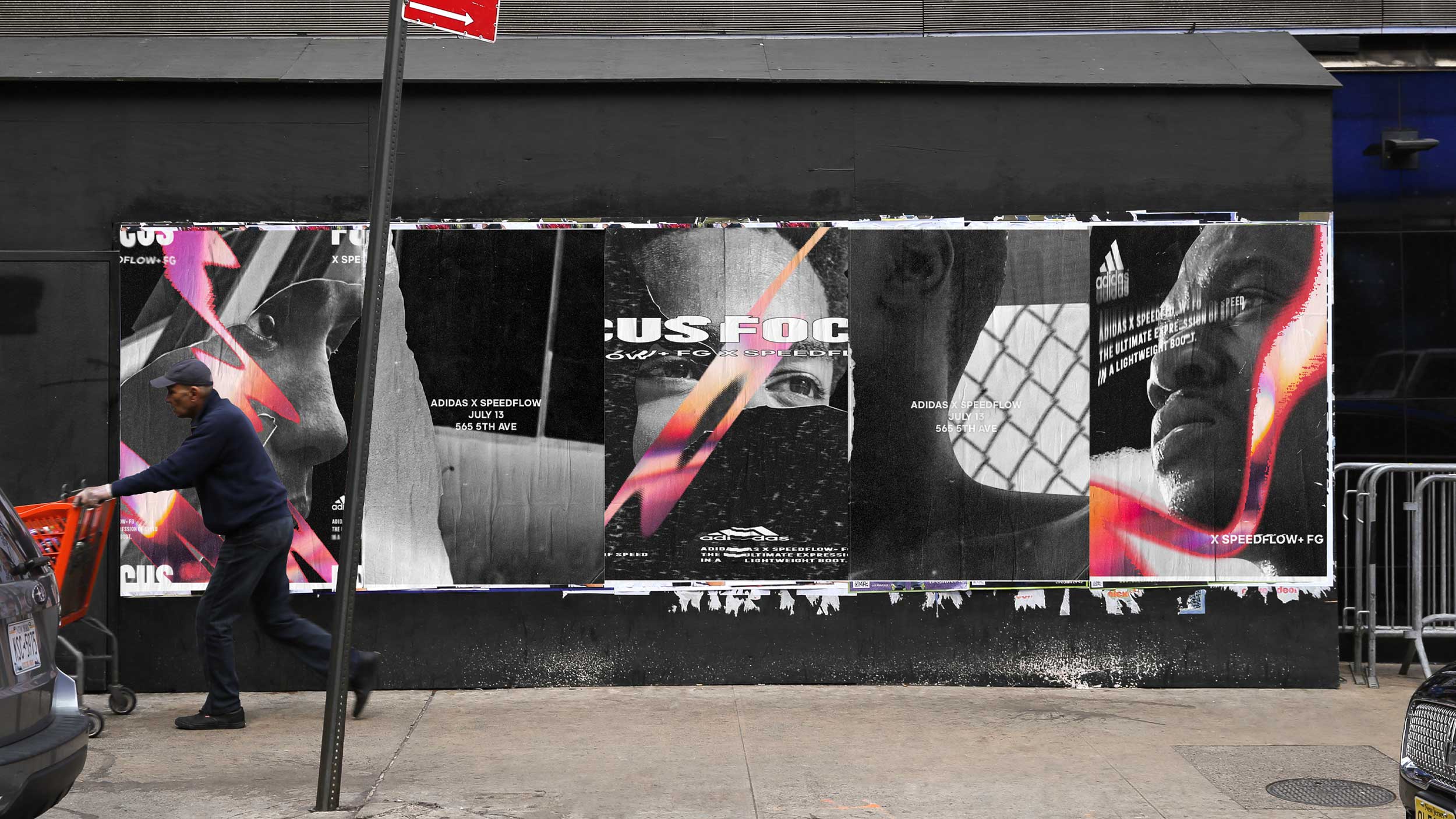 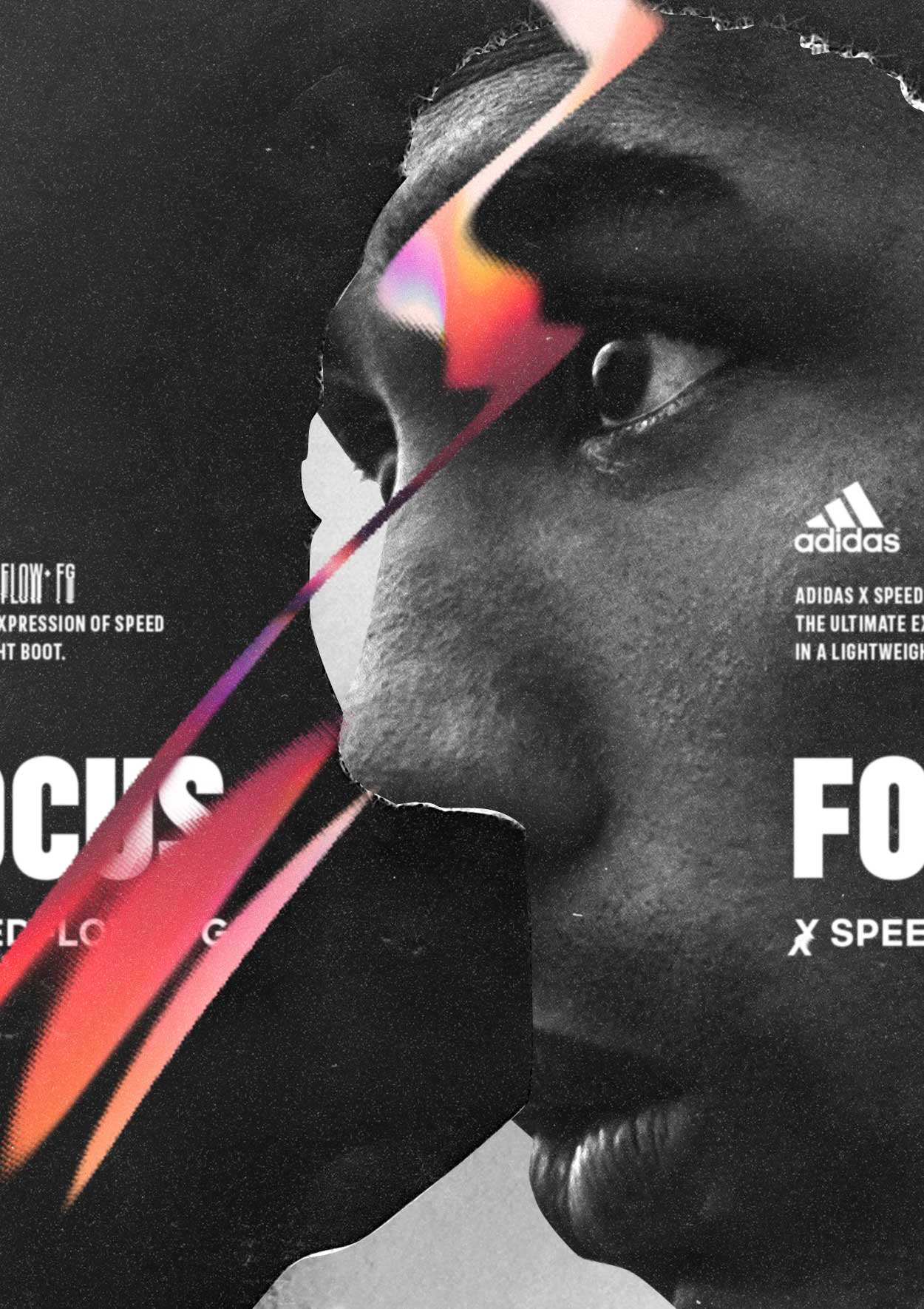 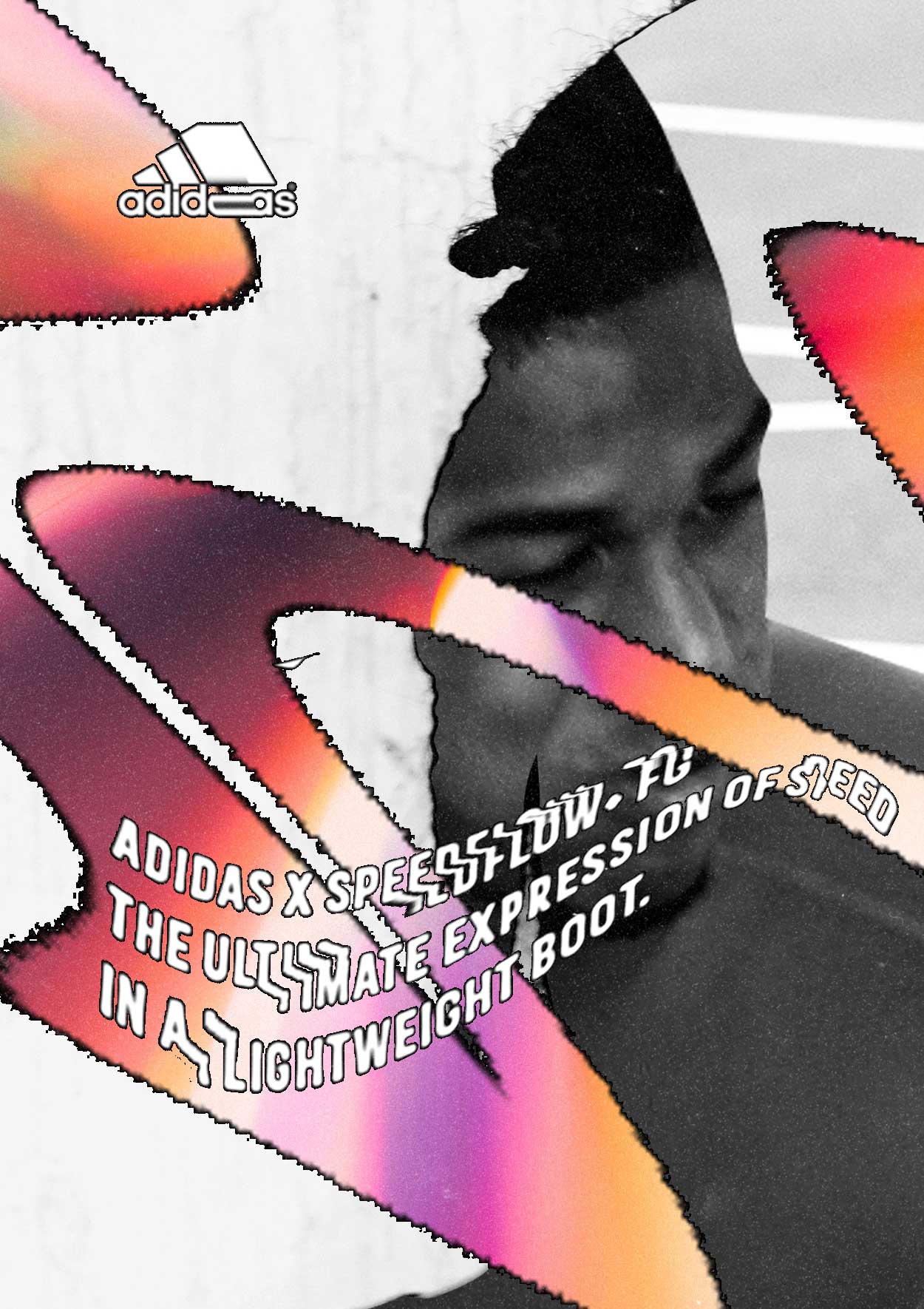 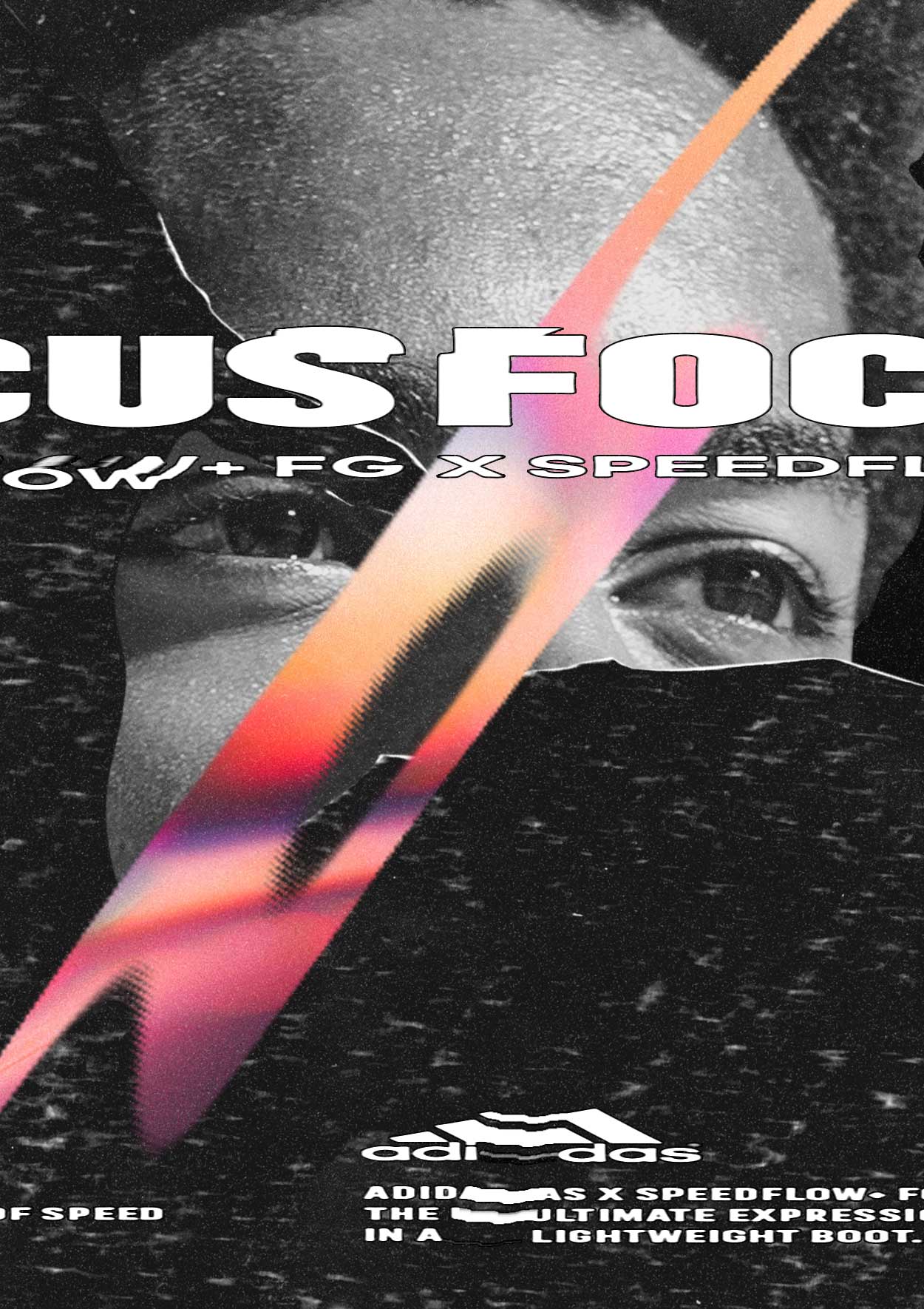 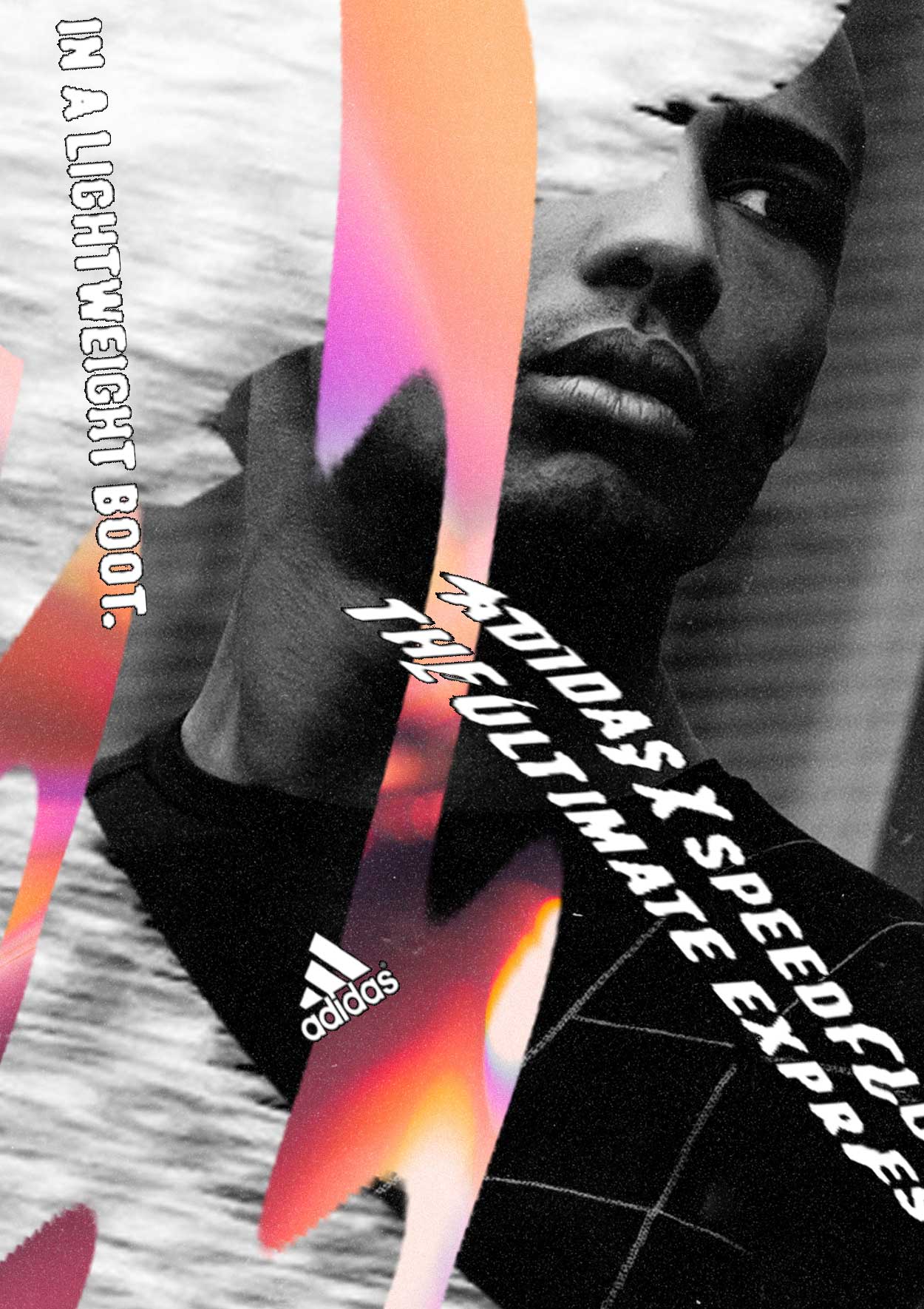 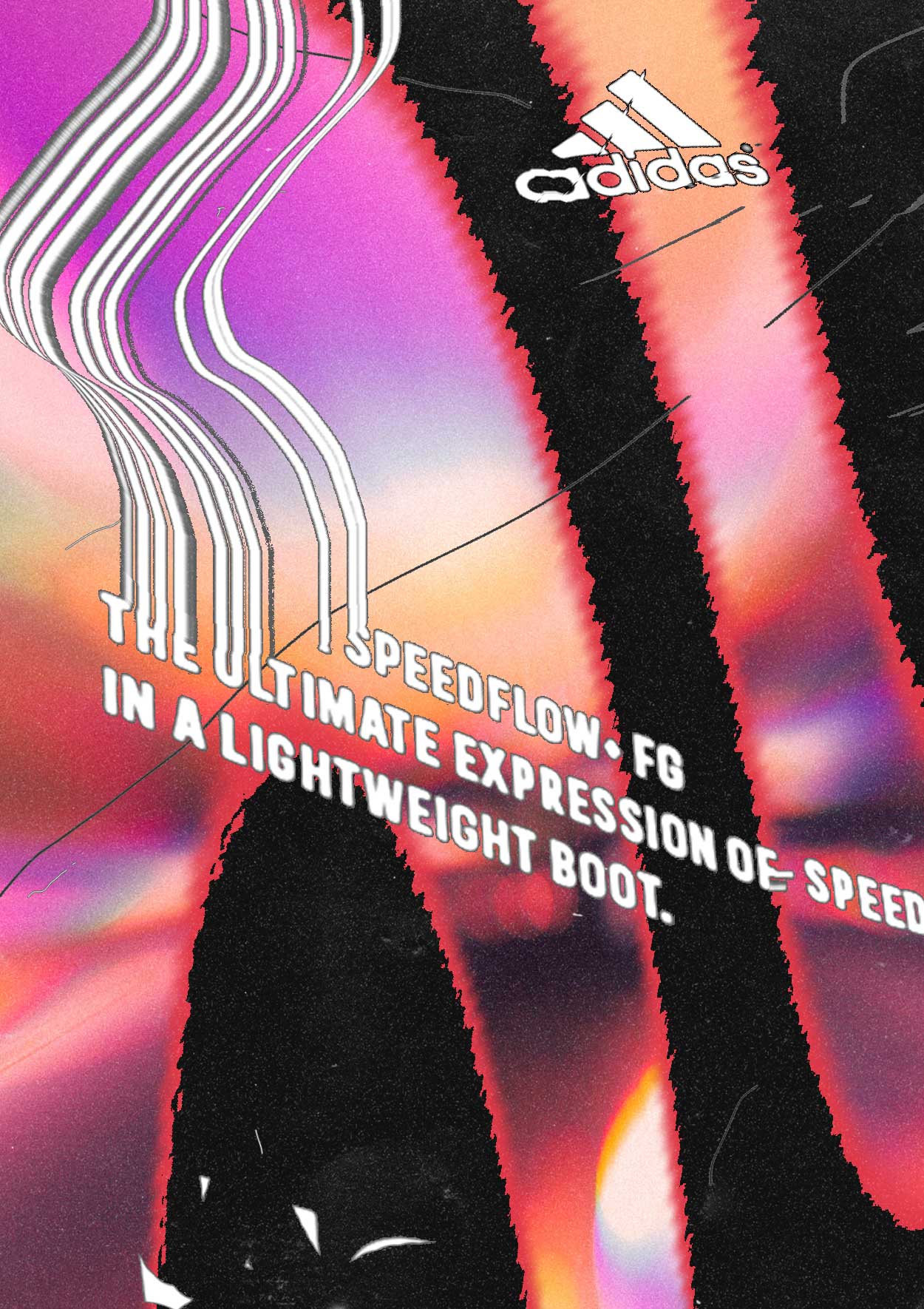 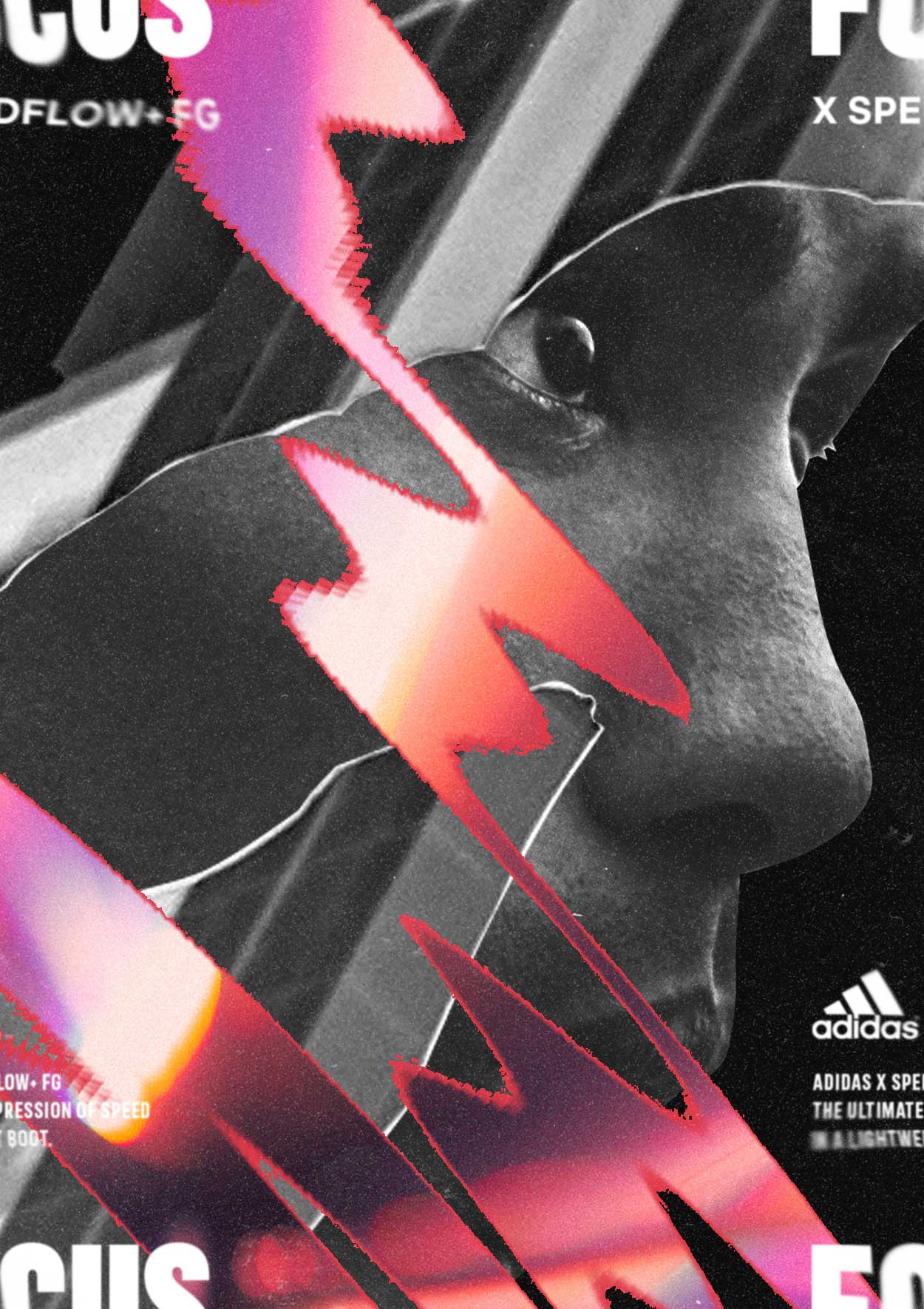 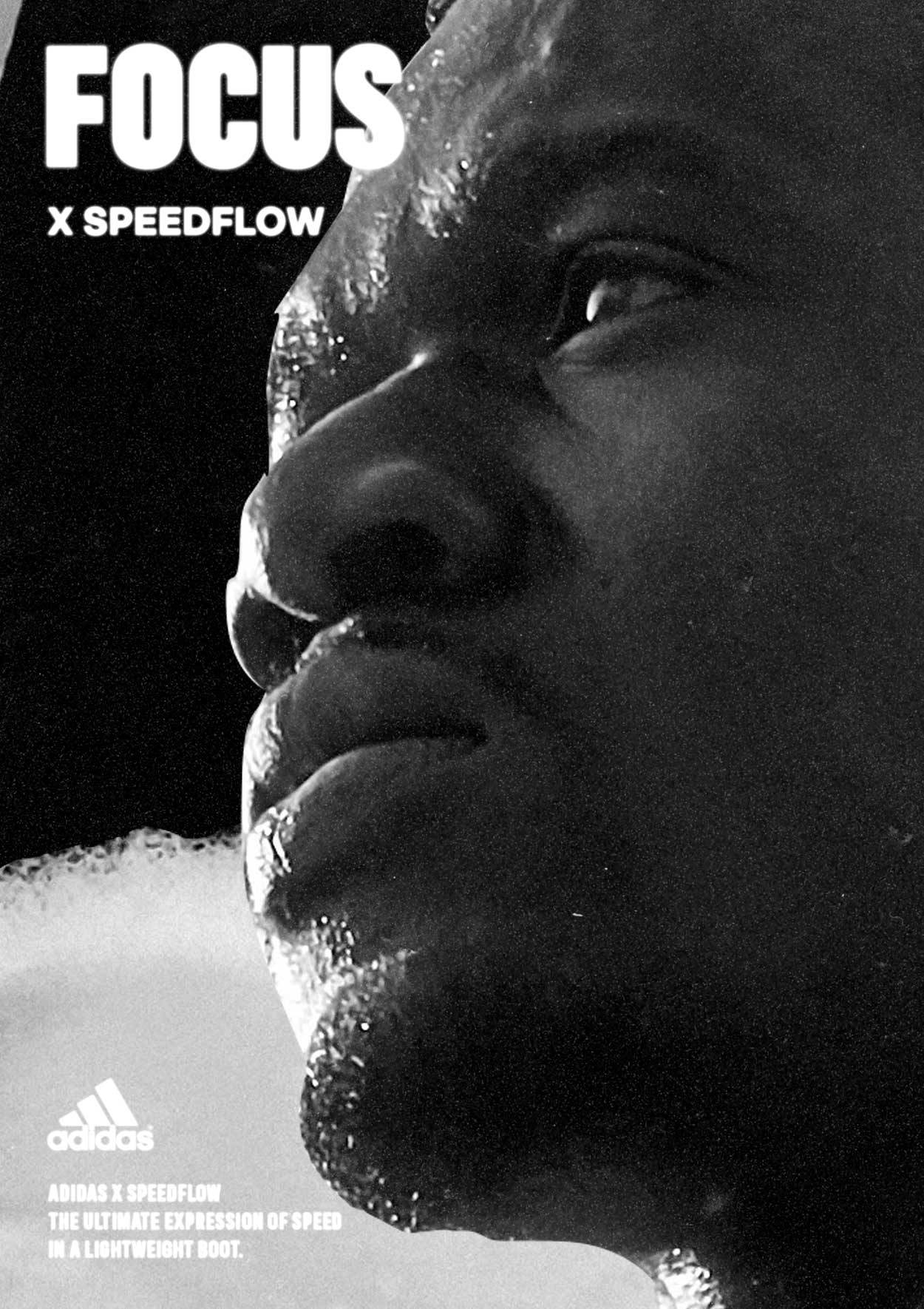 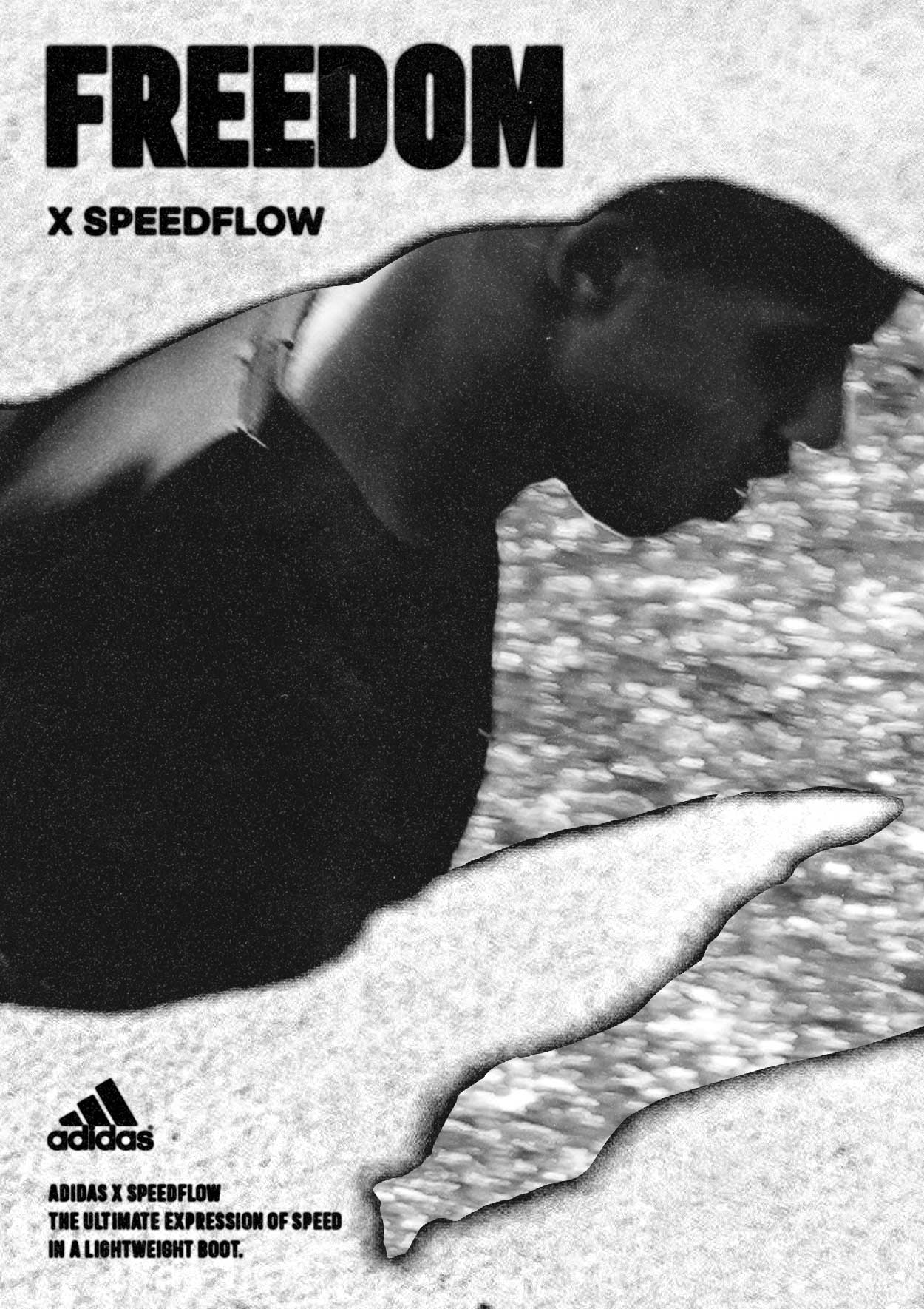 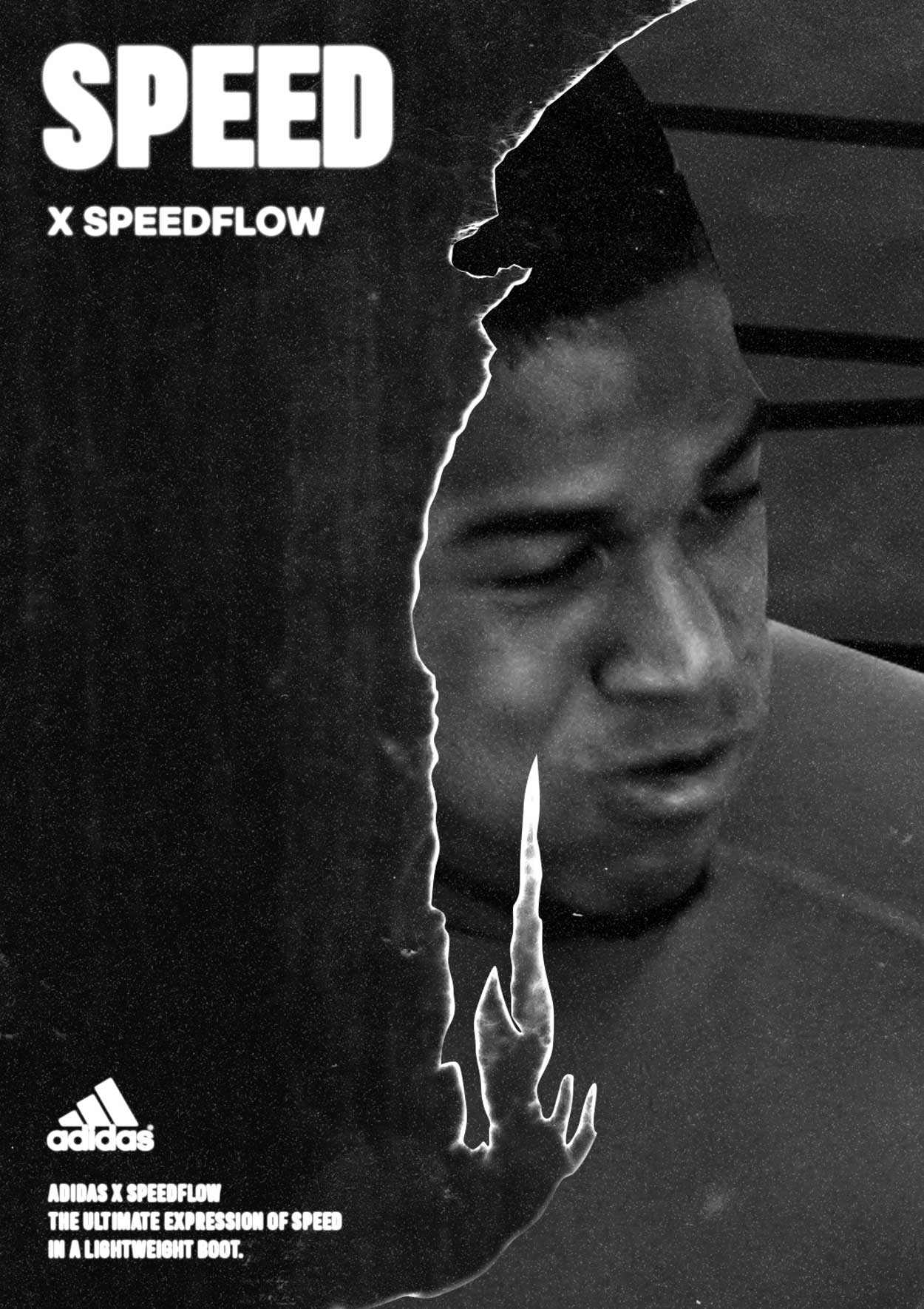 The third design concept mainly uses the classic characteristics of a collage. The four abstract compositions are made up of different image snippets and show elements from the life of the specific player. In addition to the design of the actual four key visuals, a design concept for a printed magazine for the campaign was also created. 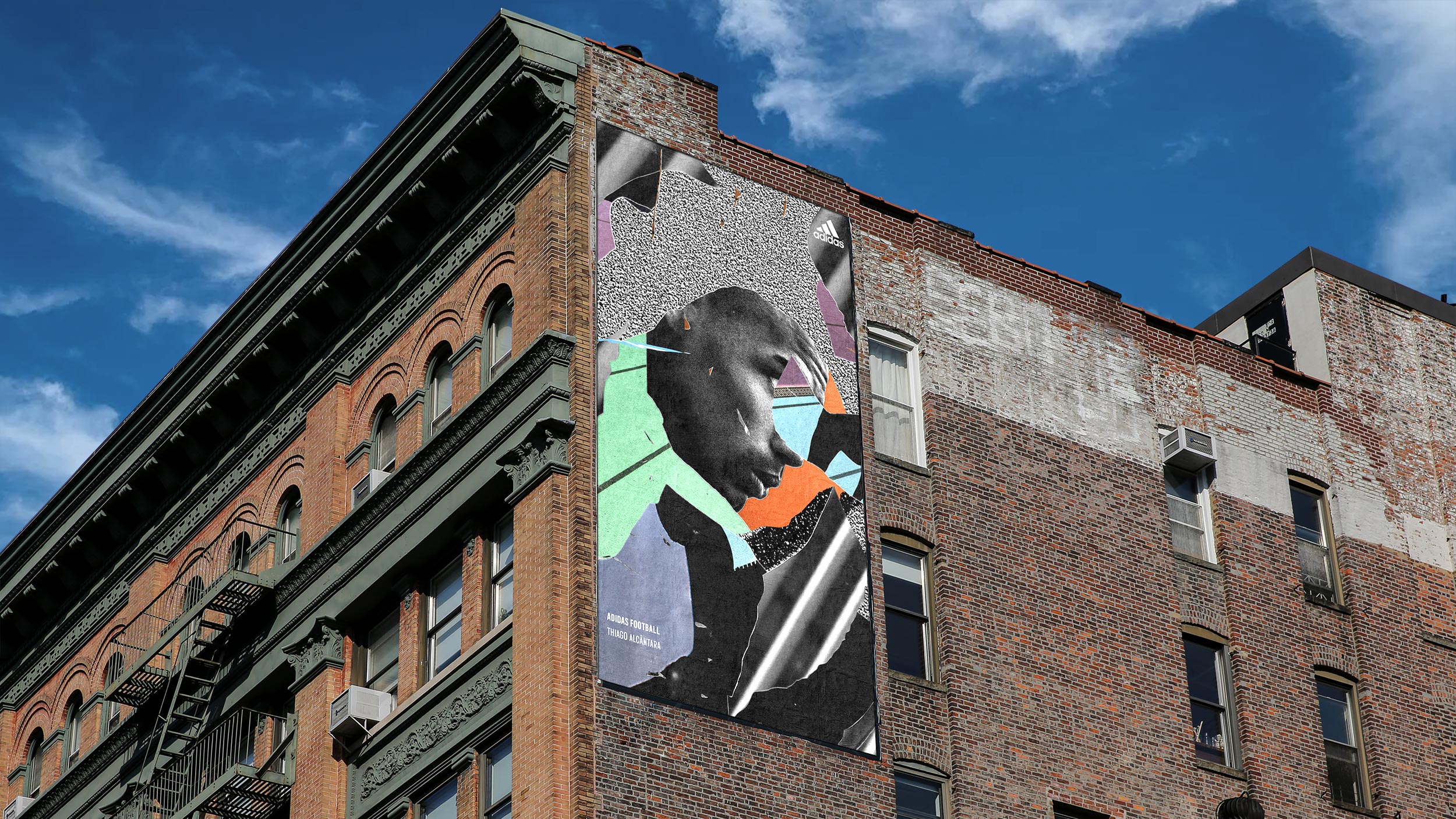 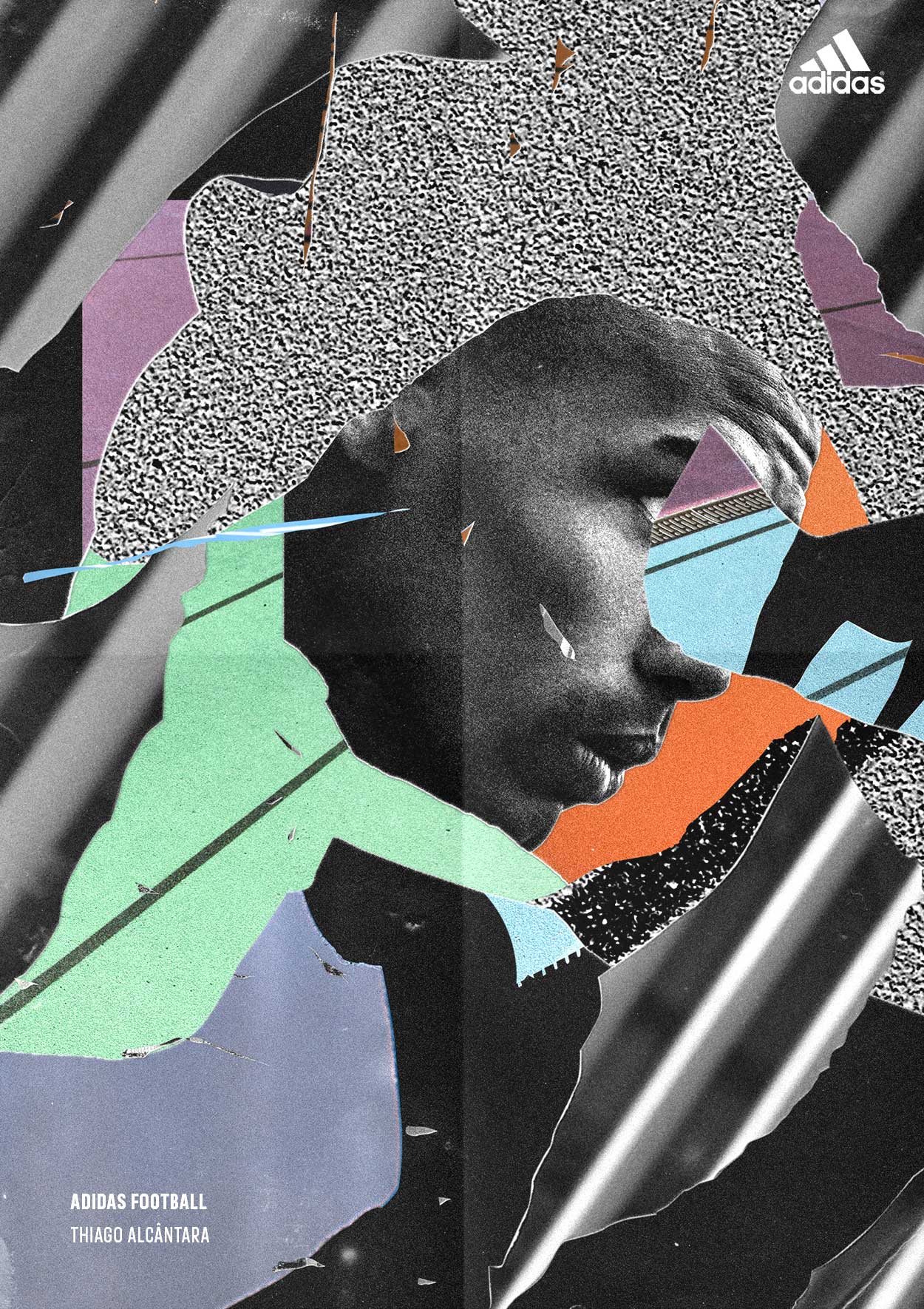 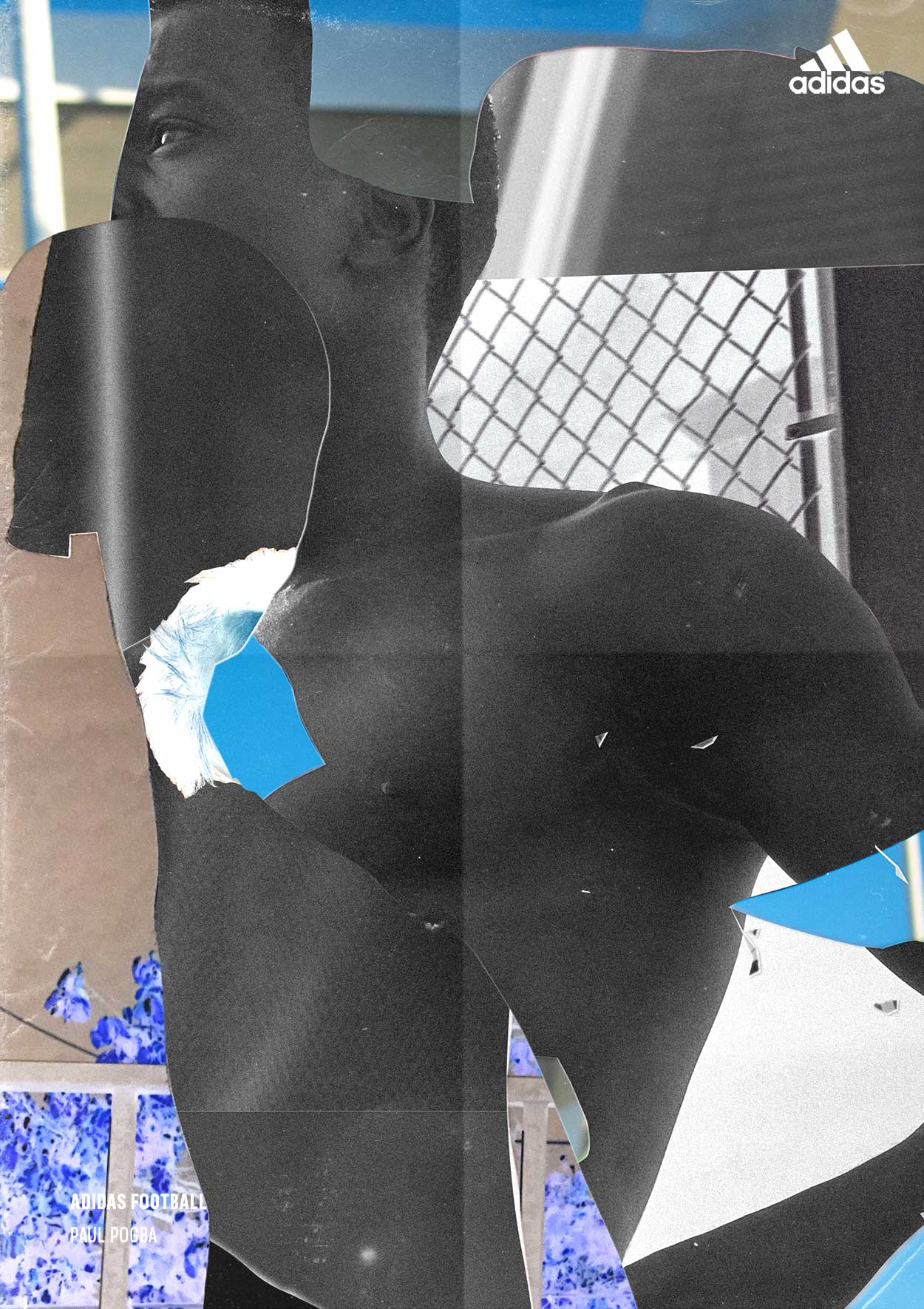 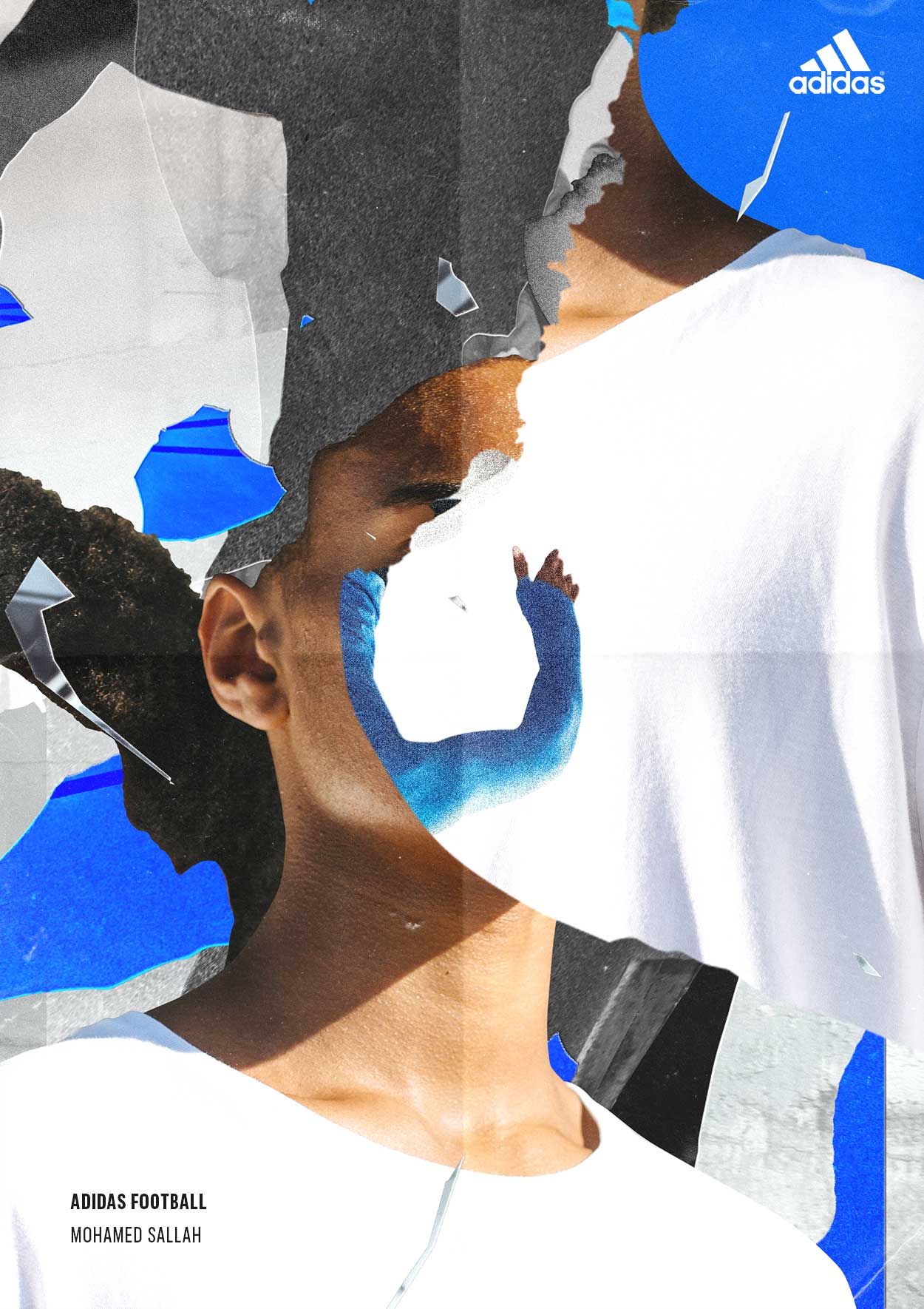 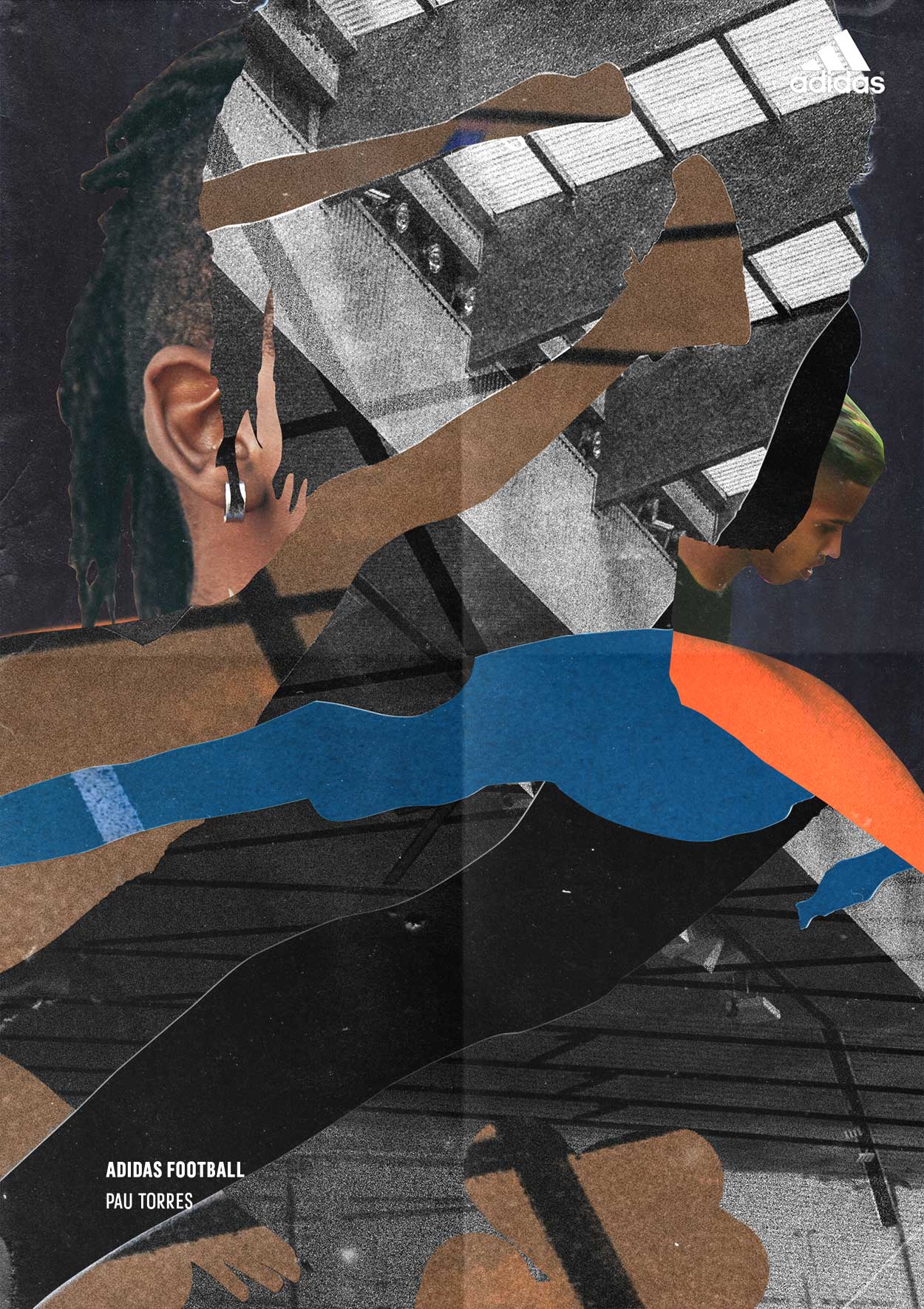 This system-driven design approach deconstructs the classic collage and automatically extracts individual fragments from it. This process creates a large visual library of different elements, which differ from each other in shape, colour, contrasts and other characteristics and thus serve as a basis for the further design process.

The final design of the compositions is purely automated and offers an almost infinite number of possible combinations by using the large pool of image fragments. The layouts vary both in the number of individual fragments and in the scaling and rotation of each component. 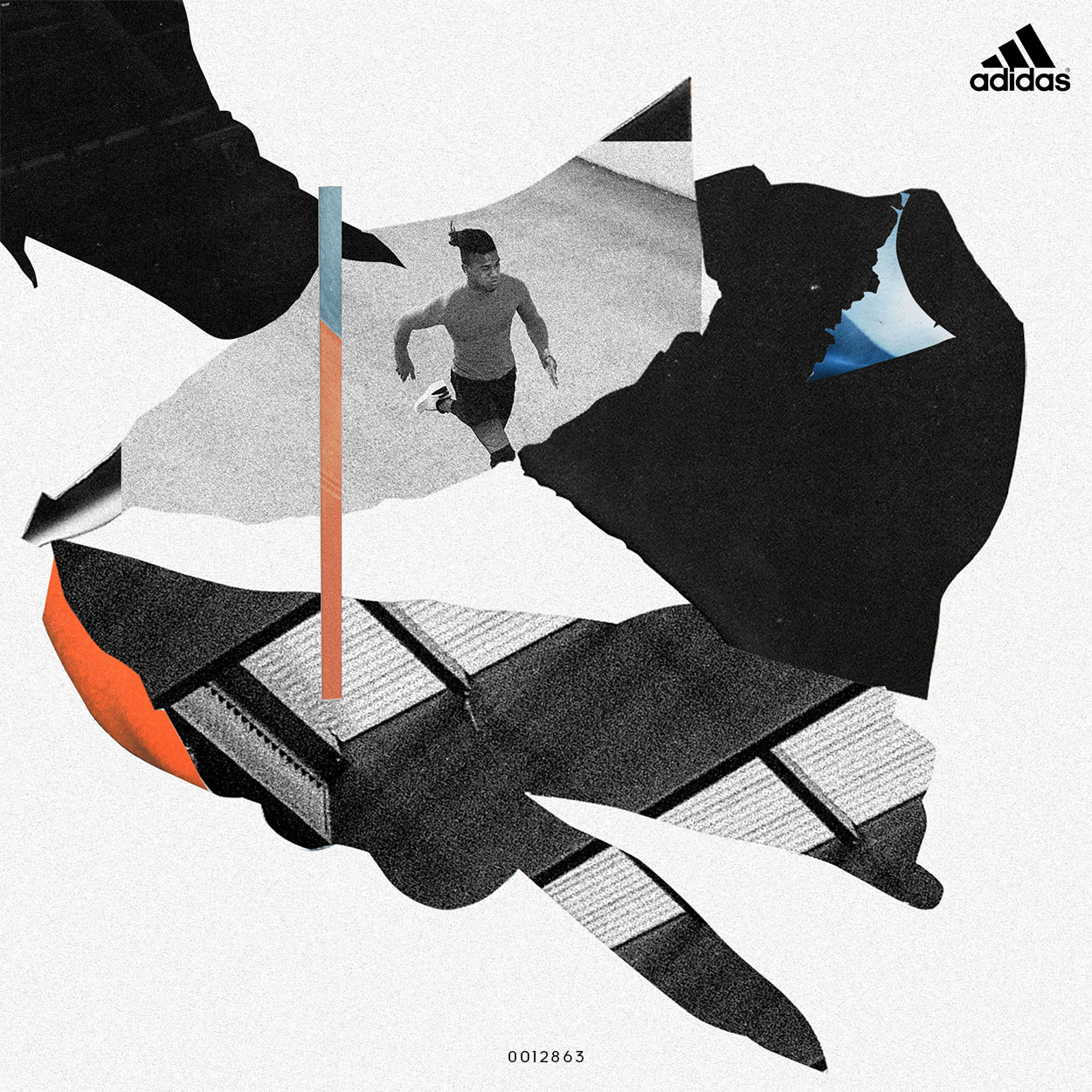 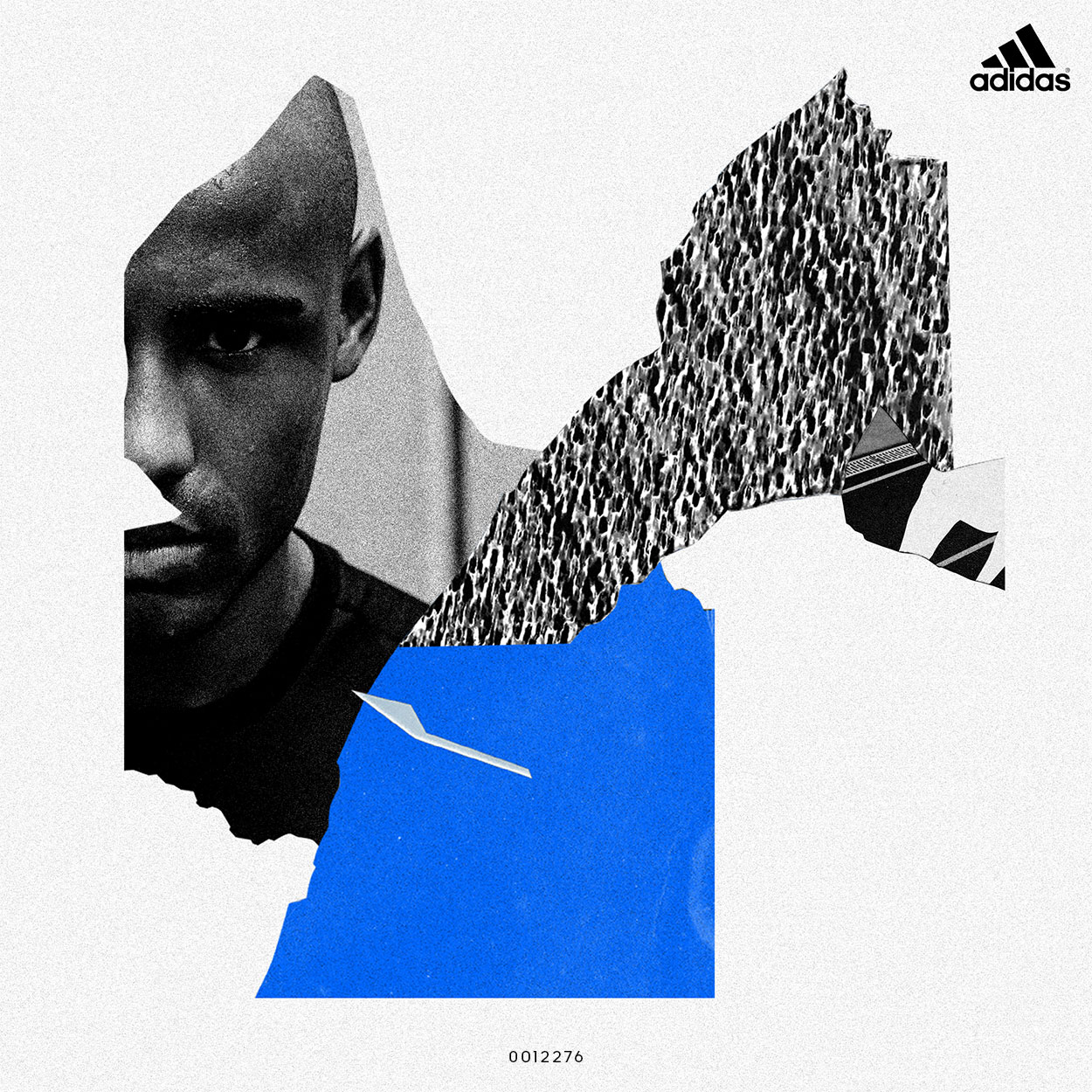 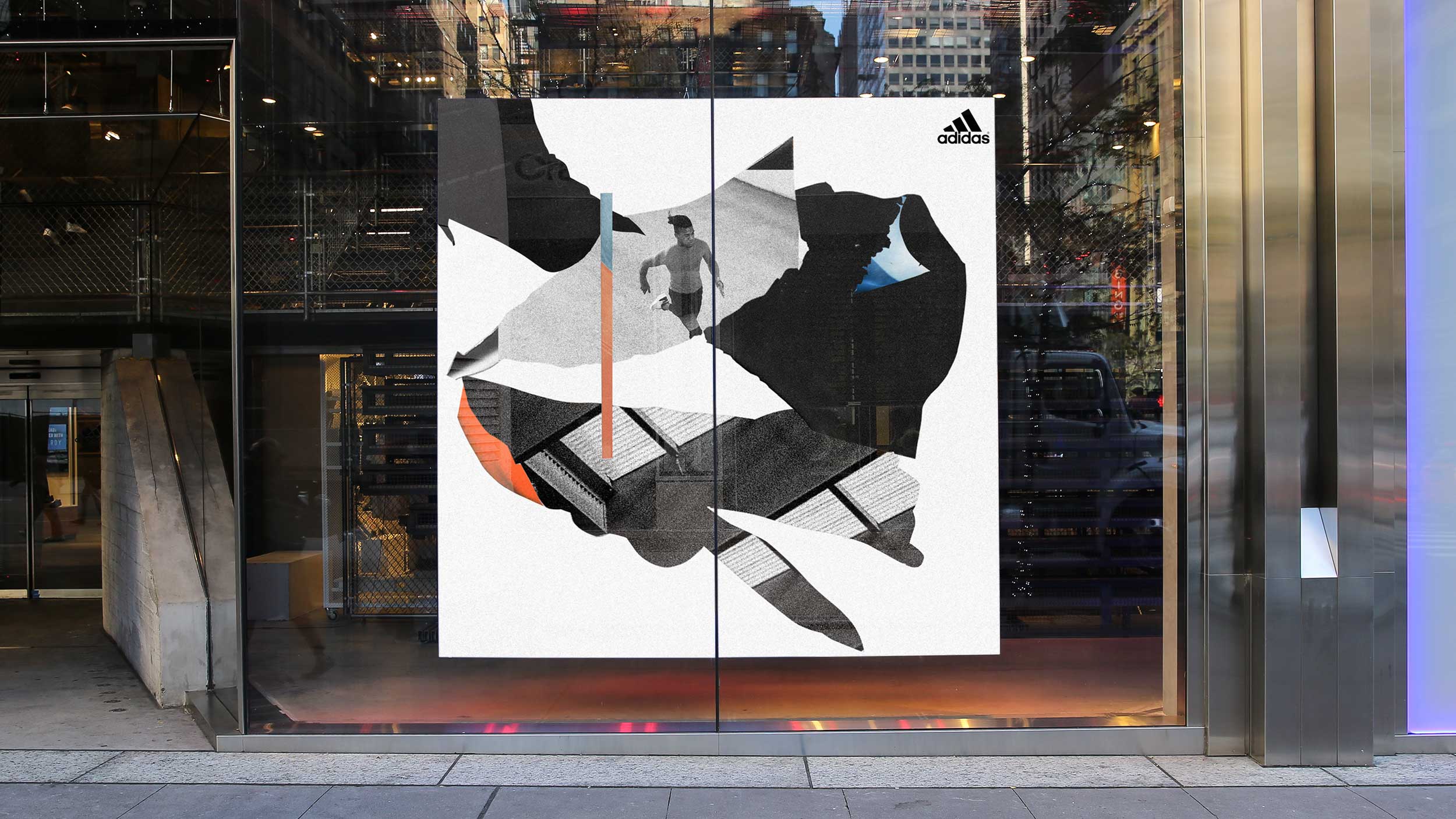 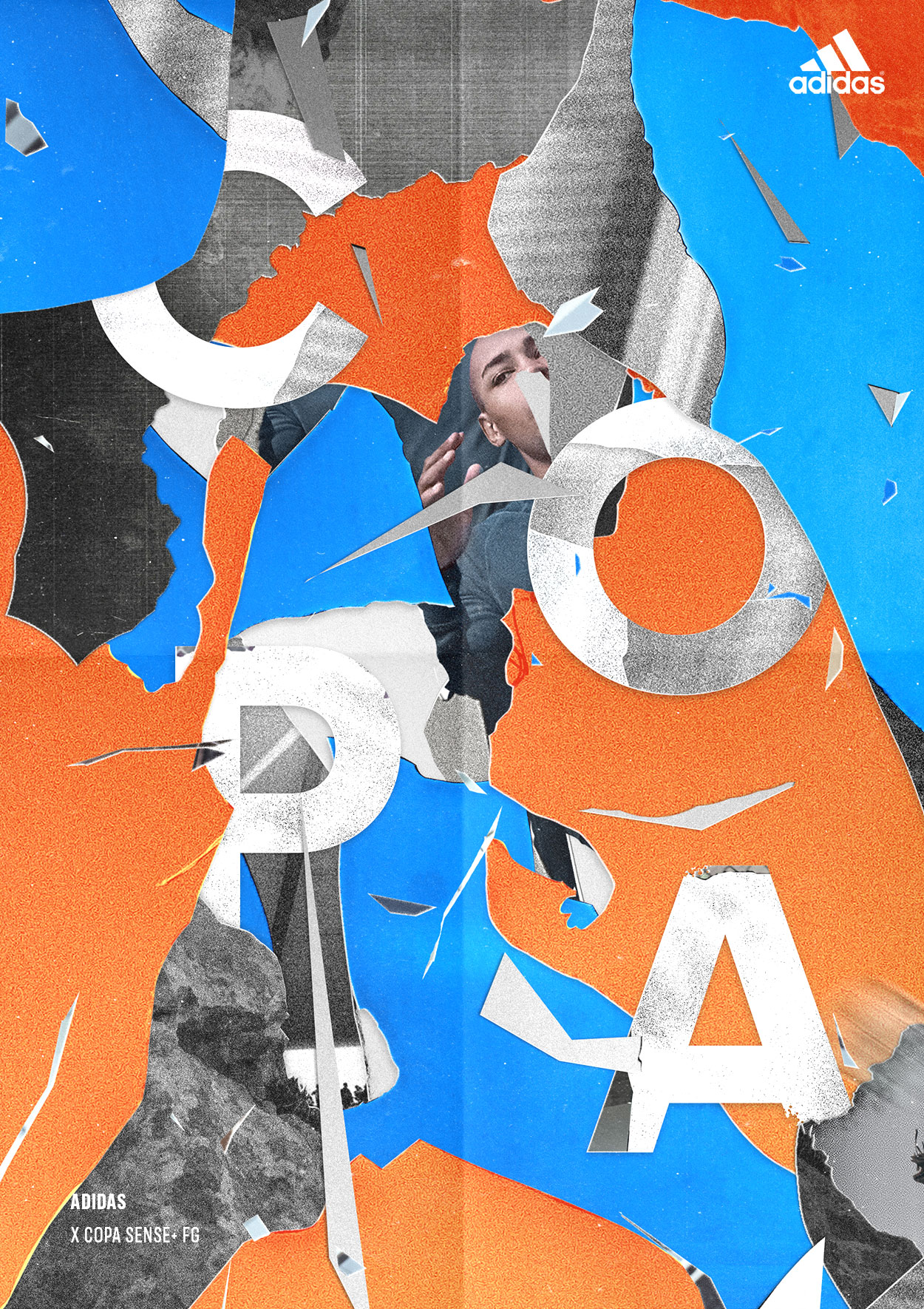 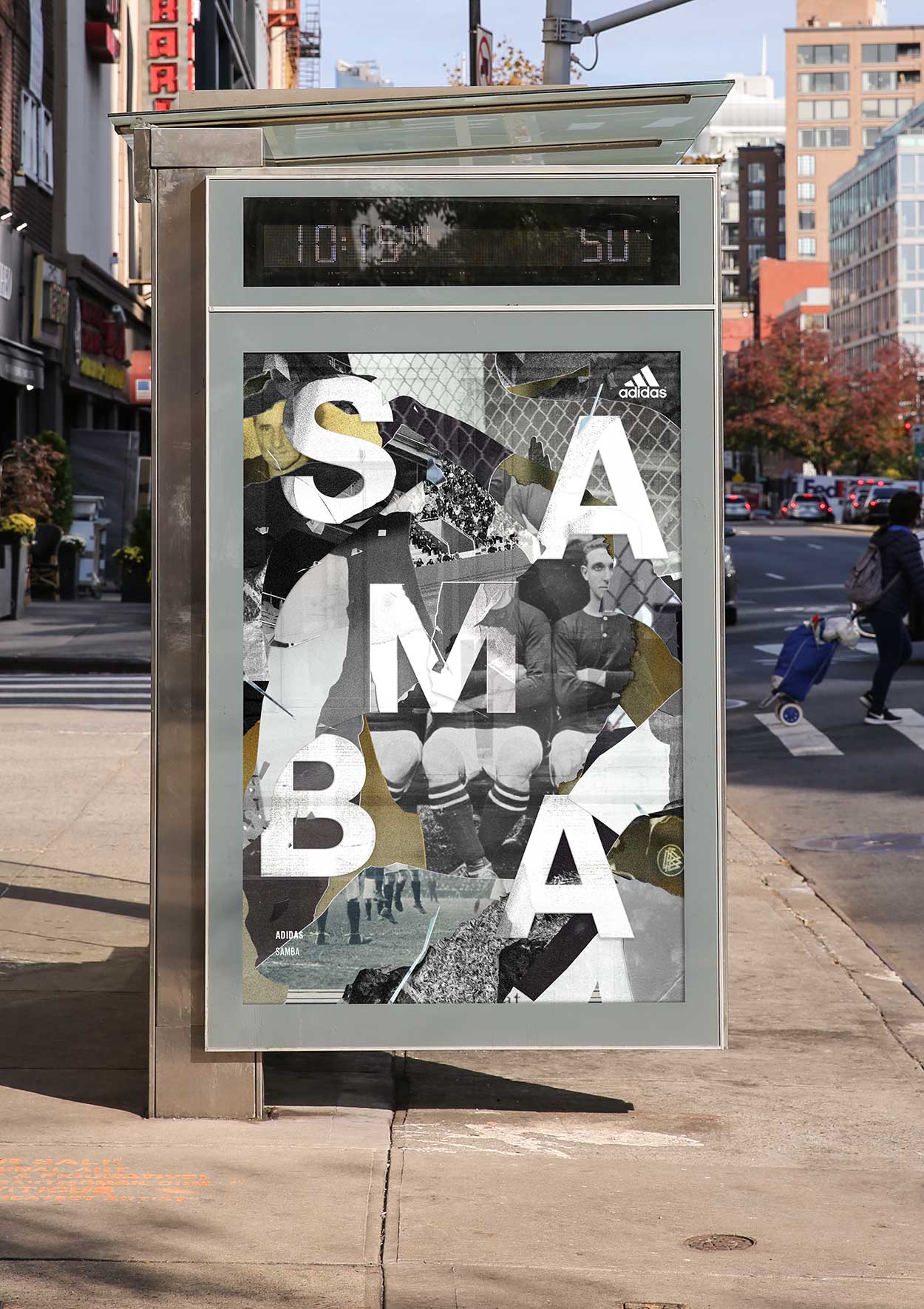